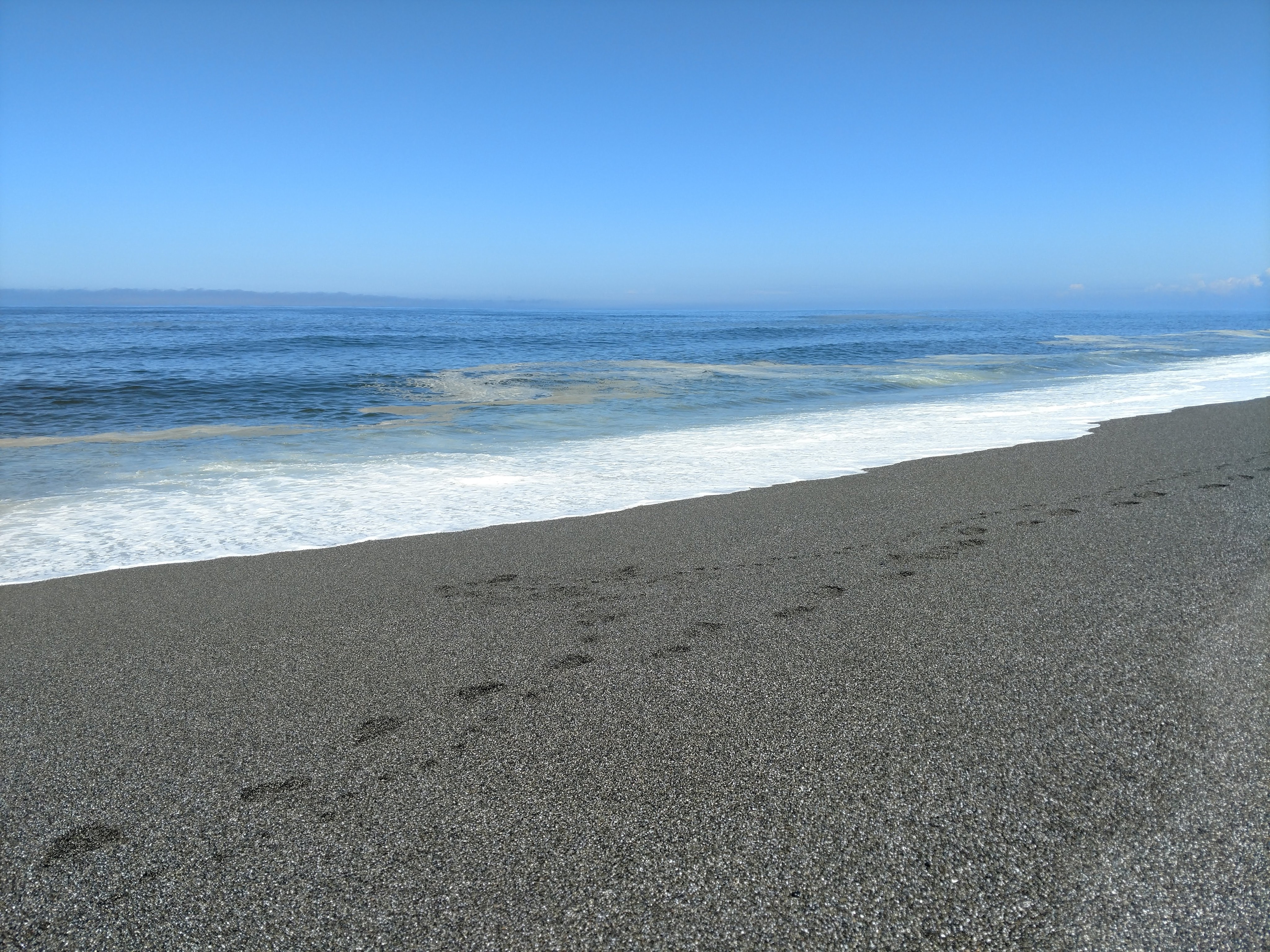 We made it to Oregon on Thursday. I always forget that even though San Francisco is Northern California, it is the beginning of the top third of the state. It takes a while to get all the way to Oregon, but we made it.

We started the day at Big Lagoon beach in California (but you can almost see Oregon from there). It was a pebbly beach and adults were seemingly looking for buried treasure. We asked an older couple and they told us they were looking for agates. Mahru asked if the tides wash the agates up, but the woman said, “There are lots of theories, but it’s really just luck.” I like that. They were really cute. The man held up one stone and said, “I don’t think this is an agate, but she gave it to me because it’s heart-shaped.” Awwwww.

We stayed in Coos Bay at Sunset Bay State Park on Thursday night, which meant that the facilities were a little lesser and the child factor was high. At the privately run RV parks and campgrounds we had stayed at in California, there were no children. The state parks here are overrun. Not that I don’t like children, but it is a different atmosphere. On our way out, our first full day in Oregon, we stopped at South Jetty Beach near Florence before seriously hitting the road. 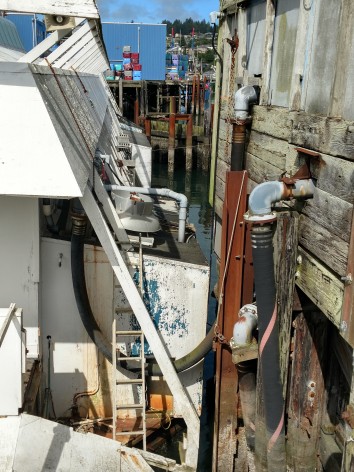 We drove on 1 until it ceased to exist and then 101, which mostly hugs the coast, or at least hugs it enough that we were oohing and aahing around every bend. Beach and forest right up against each other makes for spectacular viewing. Friday was our longest driving day, 5.5 hours, but we broke it up with an other beach walk and then fish and chips and a stroll around Newport, a cute little fishing town. How can we be in a fishing town and not eat fish and chips. We ate salmon and rockfish and chips at Ocean Bleu. Yum. The Depoe Bay beer hit the spot, too.

We arrived at Fort Stevens State Park at about 8 that evening. Luckily, check-in was until 8. Not so luckily, we were sandwiched between two huge groups with lots of kids. Oh well, we could handle it for one night.