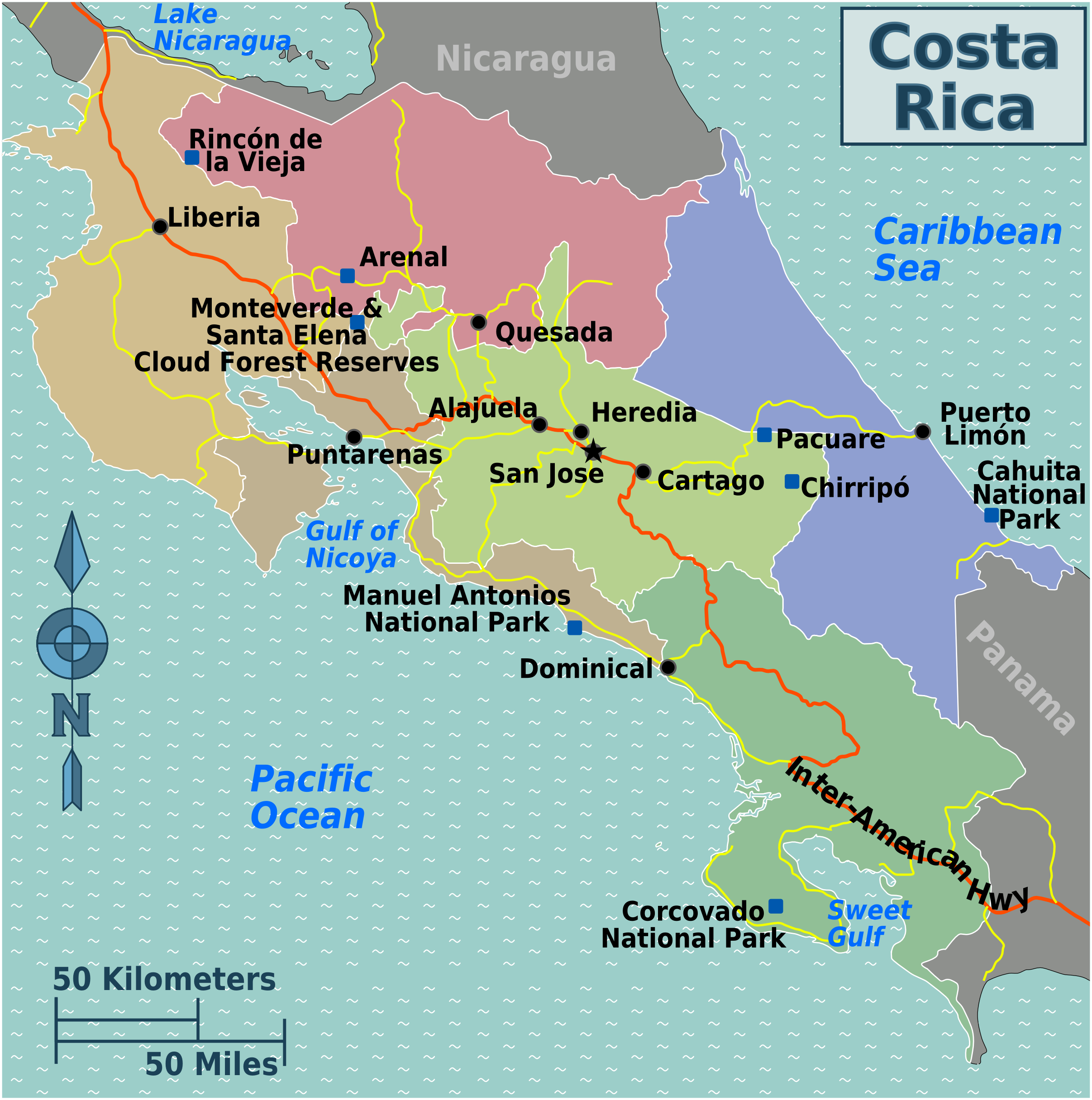 Everyone I have mentioned Costa Rica to has either said they had been there and loved it or really wanted to go. Of course, this makes me even more excited for the trip, but I realized that although we keep talking about beauty and adventure, we had not at all talked about history and culture.

The common theme throughout Central American history is Columbus and other Europeans taking the natural resources and laying waste to the people. Oh, and bananas and coffee. This is true of Costa Rica, too, however, this nation has managed to mostly remain stable both economically and politically, or right itself when times got tough. People have lived in Costa Rica for more than 10,000 years, but most Costa Ricans trace their ancestry back to Spanish settlers, since Columbus and those who followed decimated the local population.

The country did not gain its independence from Spain until Mexico did, in 1821, but it first joined with the Mexican Empire and then the United Provinces of Central American before a political struggle for control of the small nation and, in 1838, full independence.  When a group of United States mercenaries tried to gain control of Costa Rica, they instead established a national hero in Juan Santamaría, who died fighting for his country.

Despite the United States’ meddling in the region in the late 20th century and economic struggles, Cost Rica is a booming tourist destination. As Lonely Planet points out: “The increasing number of visitors to Costa Rica leads to more hotels, more transportation and more infrastructure upgrades. This tourist-driven encroachment into the rain forest inevitably places stress on its fragile ecosystem.” This tug-of-war between economic need and preservation plays out everywhere Steven and I go and we have had the discussion about the balance between the two many times. But that’s a different blog post. For now, we will do our best to be responsible tourists while enjoying the beauty and culture of another land.

One thought on “Knowing Where We’re Going”